Home >BUILDING IN THE TIME

THE WINDMILL IN THE COURSE OF CENTURIES

In the early 1930s, the tanning industry in Třebíč, as it developed gradually, needed a local source of high-quality tan. The idea to build a mill specialized only in bark processing came to mind of the Budischowsky family, the most important entrepreneurs in processing and using hides in the town and its surroundings.

After several years of delays caused by searching for the most suitable option and negotiations with the authorities, in 1836, a windmill of Dutch type was eventually built on the windward part of the Kanciborek hill. It was a stone building with a wooden wind wheel and a rotating shingle roof.

The original form of the windmill

The only piece of information about the exterior appearance and the original interior technical equipment of the windmill is contained in the appraisal report from 1845: “The windmill is similar to a round tower. It is firmly built from hard material and is divided by four partitions of boards. The windmill measures 4 fathoms and 3 ft. (The diameter at the bottom is 8 m). It is 8 fathoms high. (The height without the wind wheel is 15,2 m). In the windmill is a milling device and five pairs of bark crushers. If you stand at the windmill, there is a residential house no. 108 built on the right side. Master miller Jakub Jurda appraises the milling device and 5 pairs of bark crushers to 180 guilders C.M.”

Half a century of tan production

The mill served for its original purpose for more than fifty years. The wind wheel ceased to clatter in the 1890s due to introduction of a steam engine in the tanning manufactory in Borovina. Since then, the windmill has gradually decayed. In 1929, the abandoned building was purchased by the municipality.

Dwelling for the poor

The First Republic of Czechoslovakia (1918-1938) saw first attempts of preservationists to draw attention to the technical and historical significance of the building. However, between 1933 and 1935, the town council established in it three small apartments for the poor of the municipal community. The utilization of the windmill for purposes of social housing continued after World War II. Only in 1977 the municipal authority moved the last tenants out of the mill.

On the occasion of the planned celebrations of the 700th anniversary of the town foundation in 1977, the council decided to carry out exterior renovation of the windmill. The windmill roof was equipped with fake wings made of metal. The wings were driven by an electric motor. But the attempt to make the landmark attractive did not last for a long time and the unique windmill remained without any use for another forty years.

Complete reconstruction of the building

Only in 2018, the town council of Třebíč decided to completely renovate the technical monument. This resulted in the present form of the windmill which has been approved by preservationists. The mill has a functioning wind wheel. It can be used for a variety of social and historical museum and tourism purposes.

Present-day functions of the windmill

The original technological equipment for processing tanbark could not be completely renovated. However, original materials and manufacturing procedures were applied to construct the imposing and functioning wings, which are anchored in the attic. They are driven by an electric motor. The remaining levels of the mill will be used for a museum exhibition about history and different kinds of use of the unique technical monument, especially tanbark processing and social housing.

The story goes on

Třebíč, internationally famous mainly due to its UNESCO architectural monuments has another attractive sight for history and technology lovers. Inhabitants and visitors should not miss the opportunity to discover in detail the history of the unique windmill having been one of the landmarks in Western Moravia for almost two centuries. 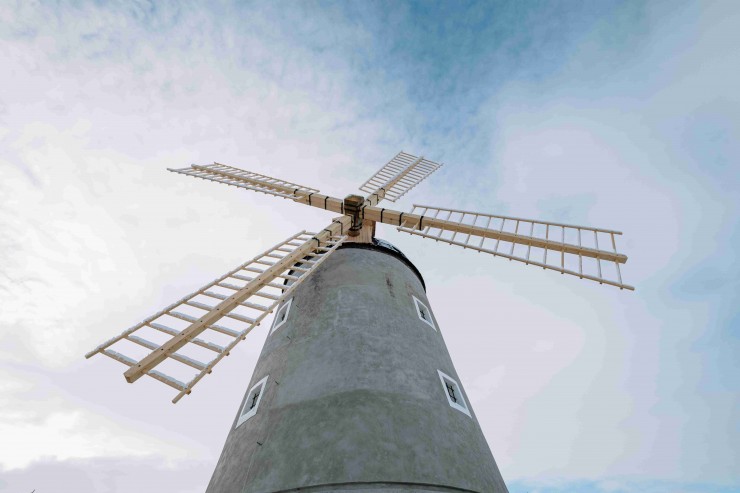 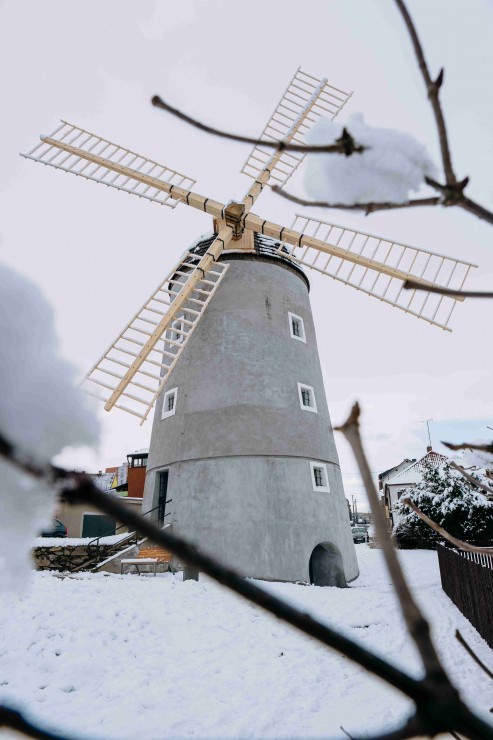 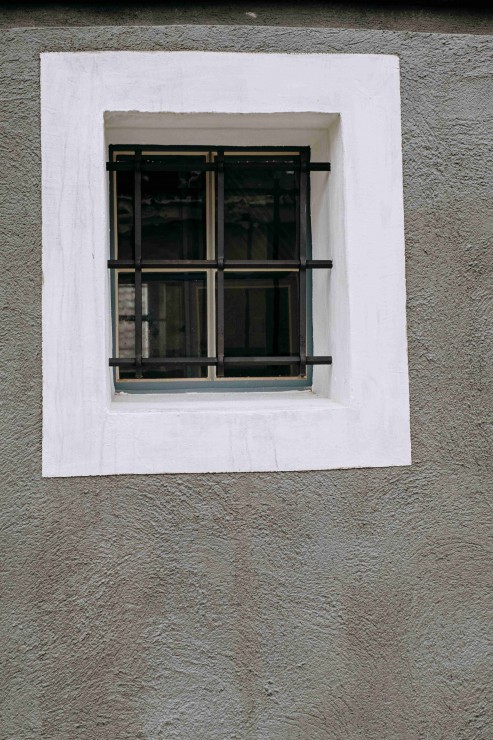 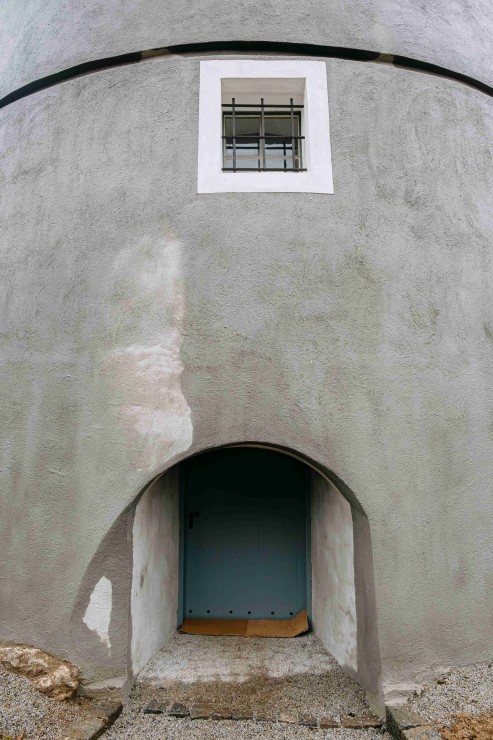 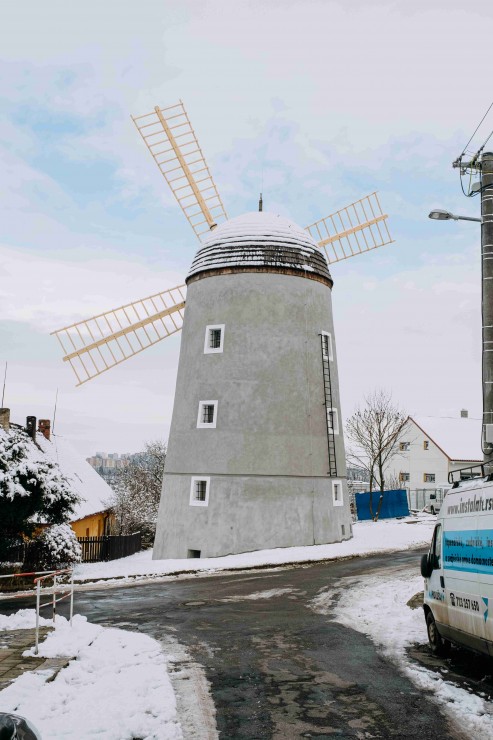 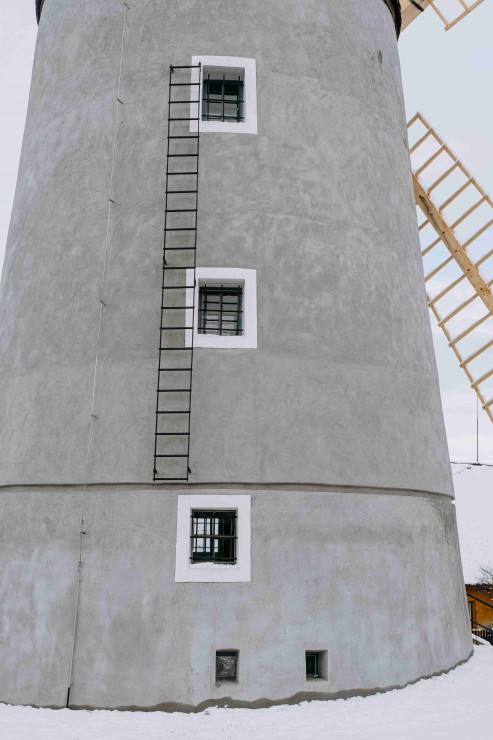 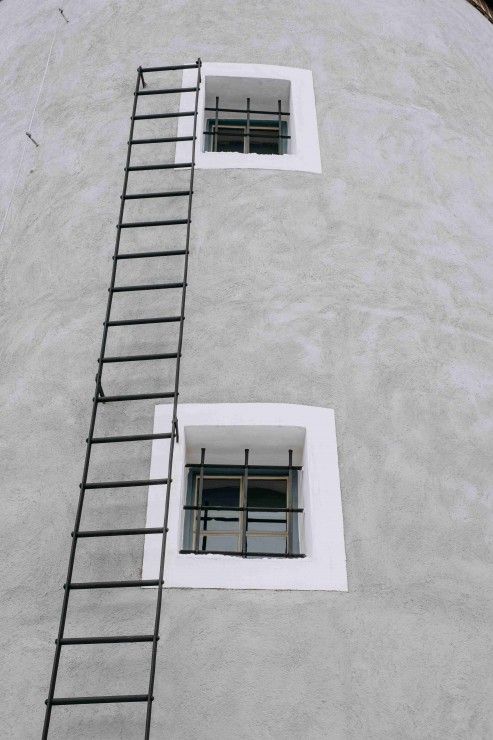 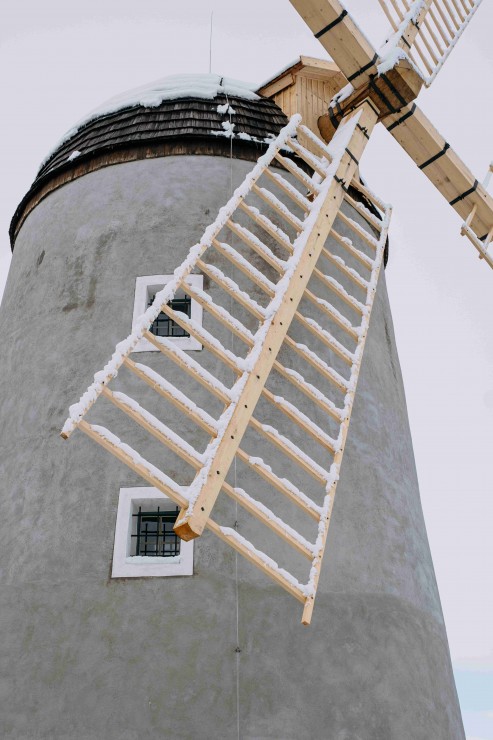